Malaysia's history starts generally around the establishment of the Melaka sultanate. During the 13th century, it was renowned as a major port for traders from both east and west.

Following this time, events developing in China and the Roman Empire motivated Indian traders to seek a new port for their rich trade. Melaka was chosen, based mainly on its advantageous location -- it was sheltered from strong monsoon winds, thus the port was able to operate year-round.

Melaka 's profitable position was envied by many and resulted in the Portuguese invasion in 1511. Later, in 1641, the Dutch defeated the Portuguese and reigned until 1815 when the British Empire took over. After World War II, there was a resurgence of Malayan nationalism leading to the Declaration of Independence for the Federation of Malaya from the British Empire on August 31, 1957.

Malaysia at the time was comprised 13 states, including Singapore, Sabah and Sarawak. In 1963 two federal territories were formed. Singapore later withdrew from the Federation in 1965.

Malaysia has 13 states: 11 in Peninsular Malaysia and two, Sabah and Sarawak, on the island of Borneo (East Malaysia).

Malaysia is pampered with a warm tropical climate, with general temperatures ranging from 70° F to 90° F. The weather is strongly influenced by the Northeast and the Southwest Monsoon. The period of May to September is usually a drier period. The East Coast of West Malaysia and the states in East Malaysia normally have their rainy seasons between November and February.

Malaysia is a land of ready smiles and incredible variety. The rich diversity of experiences and contrasts beckons the worldly traveler, from city-lovers to adventure-seekers and much, much more. This is the land of friendly and fascinating people, where one can get a taste of all of Asia in a single destination.

Visitors can mingle with the country's population of more than 27 million people, which consists of Malays, Chinese, Indian, and other indigenous groups including the Orang Asli, Dayaks, Kadazan Dusun, Melanau, Murut and more. Joining them are groups of mixed descent, such as the Baba-Nyonyas and Eurasians of Portuguese and other European ancestry, as well as other immigrant Asian ethnicities. The Malays and the native tribal groups make up approximately 60% of the total population, while Chinese comprise 30%, and Indians comprise 8% of this melting pot of races and cultures. Four-fifths of the population resides in West Malaysia.

Although Bahasa Malaysia is the official language, English is widely spoken. Other prominent languages spoken are Chinese dialects, Tamil, and Punjabi.

Although the official religion of Malaysia is Islam, each person is free to practice his or her own faith. The abundance of temples, mosques, churches and other places of worship bears testament to this. Islam in Malaysia is rather tolerant and does not comply with the fundamental belief of extremists.

Malaysia remains one of the world's largest producers of rubber, palm oil, timber and tin. In recent years, the manufacturing and service (notably the tourism sector) industries have become main contributors to the economy. Exports of electronic products are one of the main contributors of the nation's economic growth. In fact, Malaysia is one of the few Asian countries that has its own car manufacturing industry. The stability of the economy and its political scenario has managed to attract tremendous foreign investment into the country. The country's major trading partners are Japan, the United States, Singapore, the United Kingdom and Germany.

All commercial banks are authorized foreign exchange dealers. Major hotels, however, are only licensed to buy or accept foreign currencies in the form of notes and travelers' checks. Currency Converter

Malaysia's electric supply is on a 220-240-volt 50-cycle system. Visitors from countries using different electricity voltage systems are advised to bring their converters and adapters.

Water is generally safe to be consumed from the tap, though boiling prior to consumption is advisable.

Source: http://www.tourismmalaysiausa.com/
Posted by Unknown at 9:07:00 AM 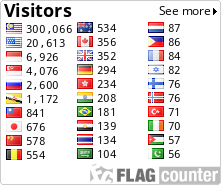